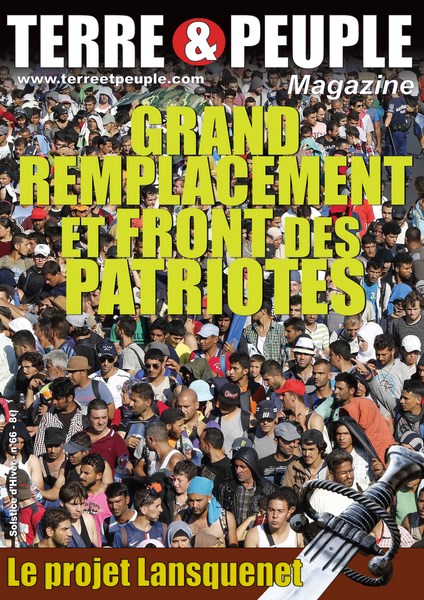 The fuse is lit

Men in the System got warm in the butt. Left and right have shown, most dramatically in Nord-Pas de Calais – Picardie and PACA, their profound complicity with the only concern to save their remuneration (this is what they call "save the Republic" ...) .

Their victory is a Pyrrhic victory: the daily La Provence (December 14) is forced, death in the soul, to recognize that "the political landscape looks very much like a field of ruins." But we, our people, are men among the ruins...

The numbers are there: the ‘Front National’, by collecting 6,820,000 votes, is growing from 118 to 358 regional councilors. Then, when you look closely at the results, realities on the ground are taking shape. That is, in the department of the ‘Alpes de Haute-Provence’, Marion Le Pen appears to be heading in 54 municipalities. This means that the secret of future success is in the local, territorial roots: with the prospect of taking the town halls and building effective networks.

However, the most important is probably not there. It is in the opportunities, which are opening for those who, like us, consider election issues as simple levers designed to contribute- but only to contribute – to break down the system. This collapse will become possible when the revolutionary mentality will have grew up in the heads (we do not argue with the System, we’ll have to destroyed it).

The key is the cultural conquest of minds, which is preparing, as taught by Gramsci, political conquest. From this point of view, we are on the good track and fewer stupid people from the opposite side know that very well (this is what worries them most). It is our job to rub it in.

Clearly, the sense of frustration, which is born from the disappointment of a stolen victory, must lead among FN voters on awareness along the lines of radicalization, total and irreversible: Radicalization of beliefs, radicalization of projects. This will help allowing the ending with the illusion that the right hand can save anything in the sinking of a society that we are experiencing. Marion Le Pen, this fragile young woman, which has revealed that she was hardened steel, has summarized the situation by saying, "They won an election but they lost their soul (...) There are victories that shame the winner (...) These regions that the right won because of the left is a poisoned gift (..) if they think we are frightened, discouraged by them, they are mistaken ... we will redouble our efforts and fighting spirit. "

While unemployment, poverty, insecurity, immigration-invasion will continue, inevitably, to spread even more their ravages, it is no time to be choosy about the need for commitment as it, clearly, exist now in France, two and only two camps: the agents (and willing victims, bleating) of the System and the Patriots. When the enemy is there, within our walls, we are not the type to spit hairs and discuss the sex of angels. That's why we are walking to the sound of the gun. 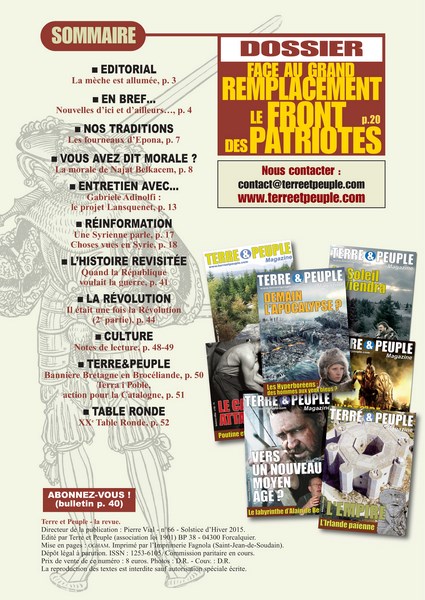